Community banks move into banking as a service

Several years ago, Blue Ridge Bank President and CEO Brian Plum began to notice a movement across the broader economy.

“We live in a world where data has value,” Plum says. “It only made sense that over time, [as] you would see more sellers or other service providers that have built out platforms to try to serve the needs of their consumers, that financial services would become the target of it.”

Banking as a service (BaaS) is a model that lets banks partner with other kinds of businesses — for instance, financial technology startups — to provide banking services such as extending credit and loans through the partner’s brand via vehicles such as websites, apps or credit cards. Examples include buy now, pay later providers like Afterpay and companies like Apple Inc., which offers a branded credit card issued by Goldman Sachs Bank USA.

Embedded finance — integrating financial services into nonbanking websites, apps or other platforms — is at the heart of banking as a service. Through application programming interfaces (APIs), banks can allow partner companies to provide payment processing, credit cards, loans and other services.

According to a study by Cornerstone Advisors, embedded finance will cumulatively generate $230 billion in revenue by 2025, and the BaaS market could grow to more than $25 billion in annual revenue for banks in 2026.

Fairfax-based MainStreet Bank subsidiary Avenu is developing its platform, which will move into beta testing later this year, with multiple APIs. A fintech firm or other third-party provider will be able to integrate Avenu into its app, so that customers can open accounts, get debit cards and otherwise treat the partner as a bank.

Although several analysts point to the 2006 debut of Walmart’s MoneyCard — a prepaid Visa card issued by Green Dot Bank — as the inception of BaaS, the field has grown as tech companies, including buy now, pay later providers, have proliferated.

“All the products that companies are offering as banking-as-a-service products didn’t exist up till five to six years ago. That’s why we’re really seeing such a surge in it right now,” says Matt Frankel, a certified financial planner and contributor to Alexandria-based The Motley Fool’s subsidiary, The Ascent.

Avenu President Todd Youngren points to the pandemic as a reason for BaaS’ rise, since people were staying away from physical banks. Some banks have closed branches in recent years.

“In banking as a service, the bank is coming to you,” says Blue Ridge Executive Vice President Brett Taxin.

What does BaaS offer for banks? The short answer is growth. Virginia banks can tap into new markets through these partnerships, Youngren says, gaining digital customers from across the United States, and achieve growth without adding physical branches.

BaaS allows “us to amplify our presence and really redefine community banking in the digital age and to serve customers that are beyond our branch footprint,” Taxin says.

Banks also receive low-cost deposits through partnerships in which third-party partners use for-benefit-of accounts, which let them pool their customers’ funds without assuming legal ownership of the account and the regulatory requirements that would come with it.

Chesterfield County-based payment and invoice automation company Paymerang holds an FBO account with its partner, The Bancorp Bank. To reassure its roughly 500 midsize company clients — largely in private K-12 and higher education, hospitality and health care — that Paymerang is not delaying payments in order to earn interest on their funds, the firm does not earn interest on its deposits, instead allowing the bank to retain it.

Banks earn money from the fees they charge partners for their services, too, although the structures vary by partner agreements. Paymerang’s fee structure is per unit, while MainStreet Bank is planning on using a flat fee but has built models that allow for per-unit or percentage fees.

Banks partner with other businesses instead of offering services themselves because they can’t always get as deep into a skillset as specialized fintech businesses can, says Alison Holt-Fuller, Atlantic Union Bank’s head of product and enterprise first line risk management. Third-party partners provide vehicles for banks to efficiently expand their offerings.

Fintech firms also have better data access. “It’s the holy grail of marketing information and knowledge about customer behaviors,” Plum says. “As a financial service provider, it’s right there. You know what people spend money on. You know what they see.”

Banks often trust fintechs to handle lending processes because of their access to consumer data, says Ting Xu, assistant professor at the University of Virginia’s Darden School of Business. Their algorithms can include more factors than banks can.

Who’s in the game?

Although big players are on the scene, small and midsize banks tend to be the main providers in BaaS, says Cornerstone Advisors Chief Research Officer Ron Shevlin. At least partly, the incentive for third-party businesses to partner with smaller banks is that, due to the Durbin amendment, banks with $10 billion or less in revenue can charge higher debit card swipe fees to retailers or other end users. That means that a smaller bank would have more revenue to share in a 50-50 split with a third-party provider — for example, $1 each from a $2 fee — than a larger bank, whose fees are capped.

BaaS partnerships also help level the playing field for small banks who not only compete against bigger banks for BaaS clients but also corporations like Walmart and Amazon.com Inc., which have long aimed to become financial services providers. In January, JPMorgan Chase announced its technology budget was $12 billion, much more than small banks can spend on developing financial service offerings themselves.

“It helps us compete against the largest institutions that are spending a lot more than we are,” Taxin says. “It allows us to survive and, ideally, thrive.”

As bigger banks decide to enter the BaaS market, though, they might compete for third-party partners by taking a lower share of the revenue, Shevlin says.

What those third-party businesses won’t find with a larger bank is the “white glove” treatment that Youngren says MainStreet gives its partners.

“Community banks have that high-touch, high customer service feel that you don’t get with a larger bank,” Youngren says.

Plus, BaaS “allows us, where possible, to try to bank and do some good in the world,” adds Taxin, noting that a growing number of people in disadvantaged communities who struggle to open banking accounts or receive loans can be aided by third-party financial technology companies.

For businesses that wish to incorporate financial services like lending or payment processing into their offerings, BaaS partner-ships with banks let them do so without going through the lengthy, complex and expensive process of getting a bank charter.

“We can bring our knowledge and our experience with compliance and couple it with the banking products that we have and then allow fintechs to take advantage of that,” Youngren says. “It really will allow these fintechs to get to market faster in a compliant manner than if they just came to a bank and said, ‘I want to open up a bank account.’”

With MainStreet Bank assisting with compliance and back-end processes through its Avenu subsidiary, partners can focus on doing what they do best — marketing products that speak to their communities.

One aspect of BaaS that is more controversial is the “buy now, pay later” (BNPL) model that has begun popping up on online shopping sites at checkout, offered by providers such as Affirm and Afterpay.

According to a report in February by Accenture, Americans spent $20.8 billion last year using BNPL services, which don’t require much approval by banks, compared with credit card approval standards. That’s partly because they’re supposed to be paid back in a set amount of time but also because of the “land grab” taking place in the burgeoning marketplace, Frankel says.

The determining factor for whether a bank decides to enter the BNPL space is the amount of risk it’s willing to take, Frankel says. Consumers could be putting themselves in more debt than they can handle — 36% of BNPL users said they were at least somewhat likely to make a late payment within the next year in a March 2021 study by The Ascent — and if forced to decide between making a rent or mortgage payment versus paying back a BNPL loan, customers are more likely to see the smaller debt as a lower priority. Also, banks would earn revenue only from the fees they charge their third-party business partners or potential late fees, since the loans are often 0% interest.

Because of this risk, smaller banks are more hesitant to join this market. Banks with between $1 billion and $10 billion in assets for the most part are saying no to BNPL, with 71% having “little or no interest” in offering such loans, according to Arlington-based IntraFi Network LLC’s fourth-quarter survey of bank executives from 426 banks. Of those with less than $1 billion in assets, 84% said they had no interest. However, about 20% of midsize banks and 13% of small banks said they would offer BNPL in partnership with a fintech company.

The story is different for McLean-based Capital One Financial Corp., which built its empire on credit cards. Chairman and CEO Richard Fairbank announced during a September 2021 earnings call that Capital One, the nation’s 11th largest bank by assets, would test a buy now, pay later product with select existing business clients. But since then, the company has maintained silence.

Capital One, notes Frankel, is better
suited to offer such loans because it has decades of experience with credit cycles. Even so, Fairbank has been cautious.

In 2020, Capital One banned the use of its credit cards for payments on buy now, pay later loans. In reality, the policy prevents paying off debt while incurring debt, and Frankel says he wouldn’t be surprised to see the bank keep the policy even if Capital One introduces a BNPL product.

“We fundamentally believe in the value of community banking, and this allows us to compete and to survive,” Taxin says. “Ultimately I hope it allows us to thrive and to expand the values of customer service, of responsiveness, to more customers.” 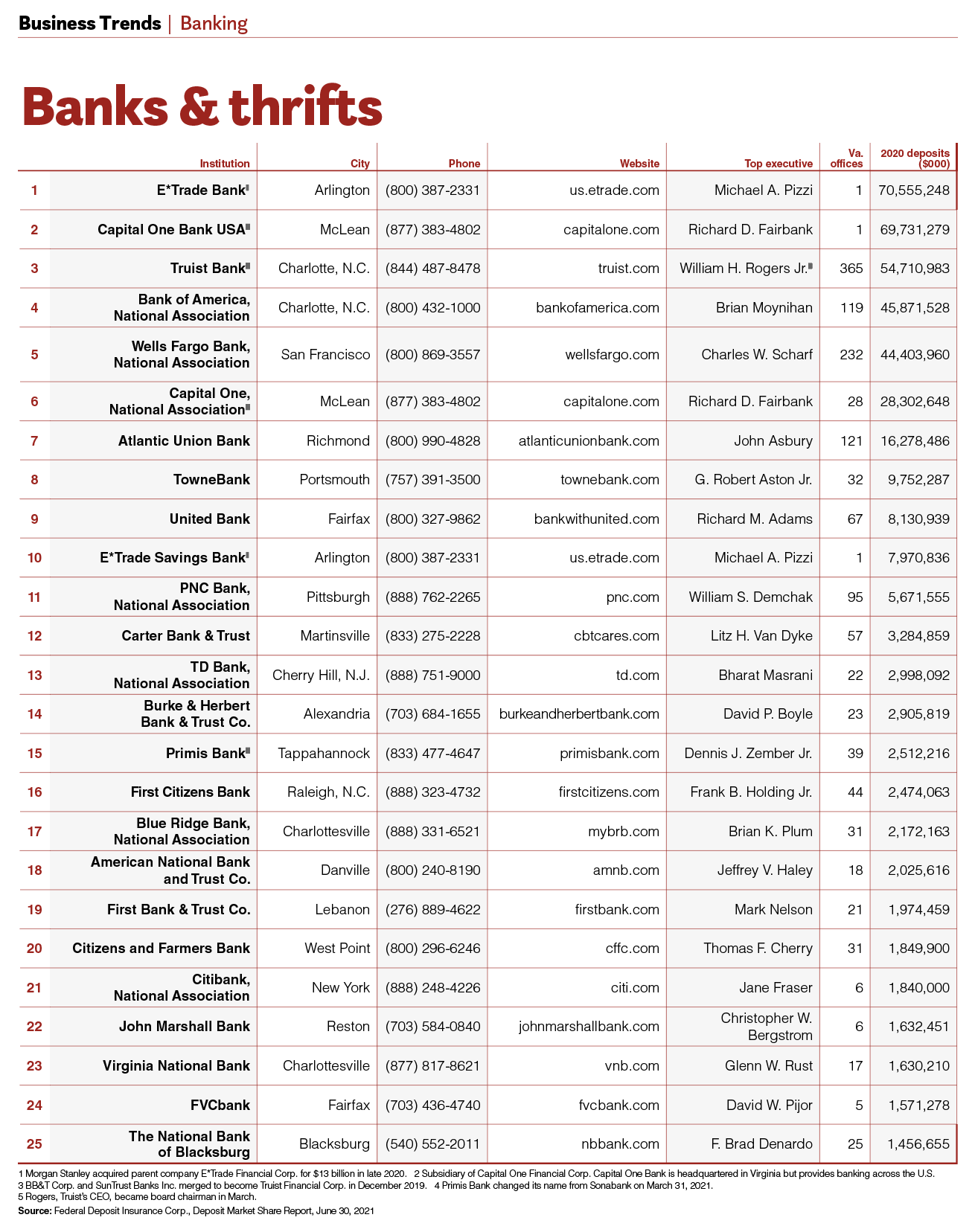 Wed Apr 6 , 2022
Holoride’s tech operates as a result of a wi-fi connection to the vehicle, through a passenger’s personal product, and combines navigational and car or truck data to develop immersive place-centered experiences with the use of VR headsets. To date, numerous of Holoride’s in-auto VR ordeals have been centered on game […]