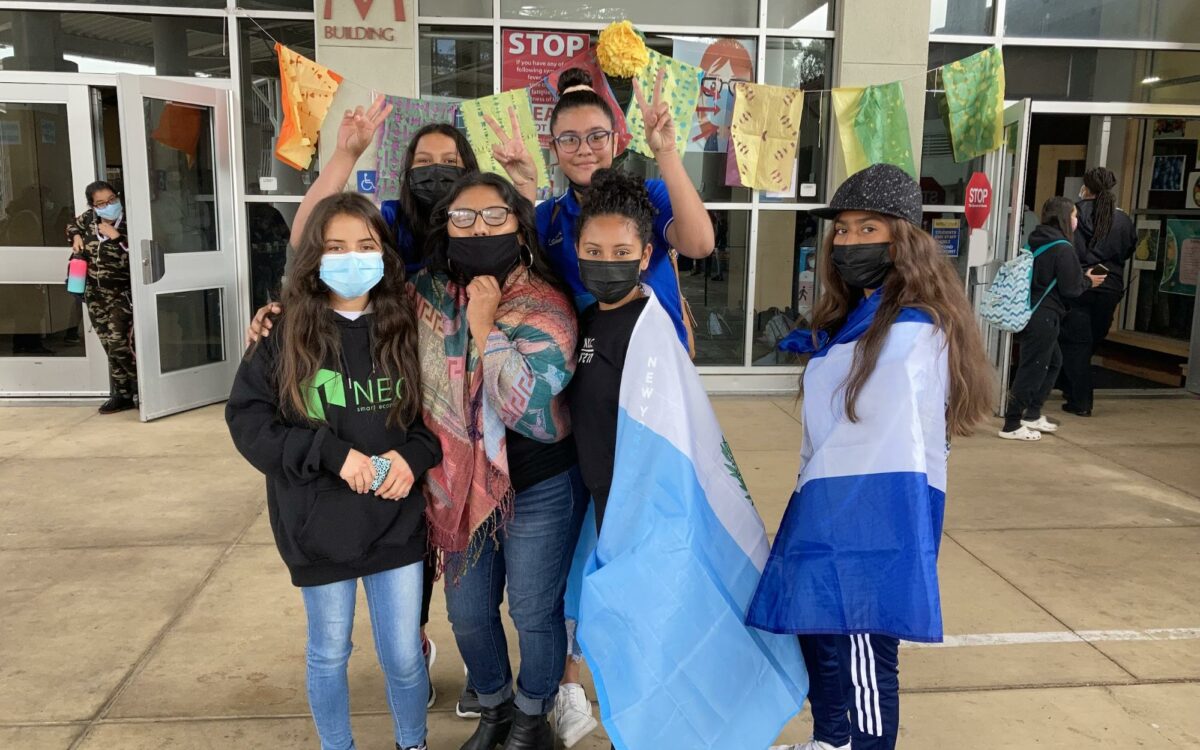 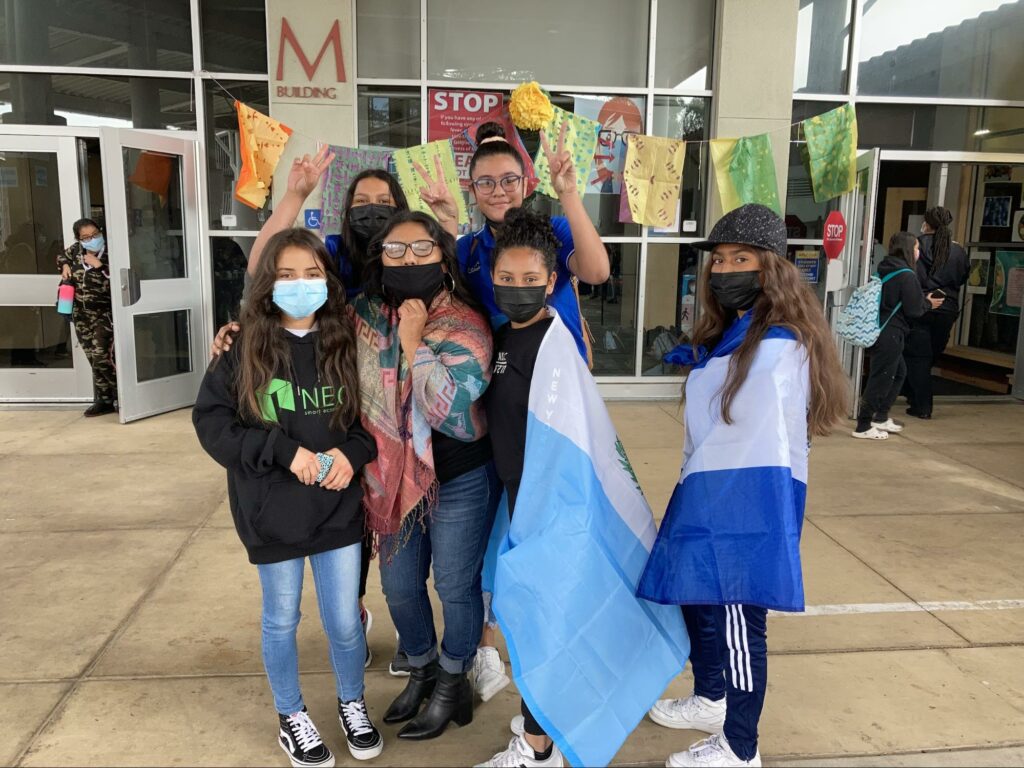 For a Helms Middle School boy and his father, moving from a homeless shelter to their own apartment in the East Bay City of San Pablo turned the boy’s life around. It’s a transformation that wouldn’t have happened without the school’s community school staff who saw a problem and came up with a way to fix it.

In this case, staff was able to tap into fundraising money to help this family come up with rent money. And while it’s not something they face every day, solving a student’s problem through local partnerships is what being a community school is all about.

“I could see how happy he was, we were so connected with him,” said Principal Jessica Petrilli. “Every day I was amazed at how well he was doing.”

In addition to housing assistance, community schools like Helms typically provide health screenings, family support, counseling and other services to families while acting as community hubs. The concept has been steadily growing in California for decades, and now that the state has launched a $3 billion community schools grant program through 2028, hundreds more schools in low-income areas will begin the transition. Existing community schools will also be able to either expand their services, or keep them going if their district makes budget cuts.

“Kids really don’t just come to school to learn, they come to school to grow, and they can’t learn if their basic needs aren’t met,” said Joyce Synnott, the community schools director for Helms. “School is a place of contact for families, they drop off and pick up their kids, so it’s an access point and a hub for the community.”

The State Board of Education, last month, approved the first round of planning and implementation grants through the California Community Schools Partnership program, totaling $635 million for 265 school districts, county offices of education and charter schools.

Of th2 265, 192 will receive $200,000 two-year planning grants in the first round. The other 73 districts, with at least some existing community schools, will receive implementation grants covering 444 schools.

Though the program is only in its first year and has yet to use up all of its seed money, Gov. Gavin Newsom and state education leaders are saying funding is needed in order to meet the demand.

The state budgeted $400 million for the first round of implementation grants, and received requests totaling about $749 million, according to a State Board of Education report for its May 18th meeting. Additionally, many schools that would have been eligible for planning grants this round didn’t apply.

Newsom pitched adding another $1.5 billion to the program in his revised 2022-23 budget proposal, but the Legislature seeks to cut it along with some of Newsom’s other proposals in order to add $4.5 billion to the Local Control Funding Formula.

Newsom and the Legislature have until June 15 to pass the budget.

“We’re quite confident that this money will be needed, and will be needed soon,” State Board of Education president Linda Darling-Hammond said at a news conference earlier in the month. “We need to have it allocated at a moment that allows us to spend it over the coming year and year after as the additional implementation grants come online and new planning grants get issued.”

While education experts say the idea of community schools first emerged in the early 1900s, the concept as it is known today began to gain traction in the 1990’s with New York City’s Beacon programs. The programs, which remain active today, bring activities and services to public school buildings in New York City, ranging from after-school programs for children to life skills classes for adults. The programs were developed as a community-driven effort to reduce crime, which was at an all-time high in the 80’s and early 90s. 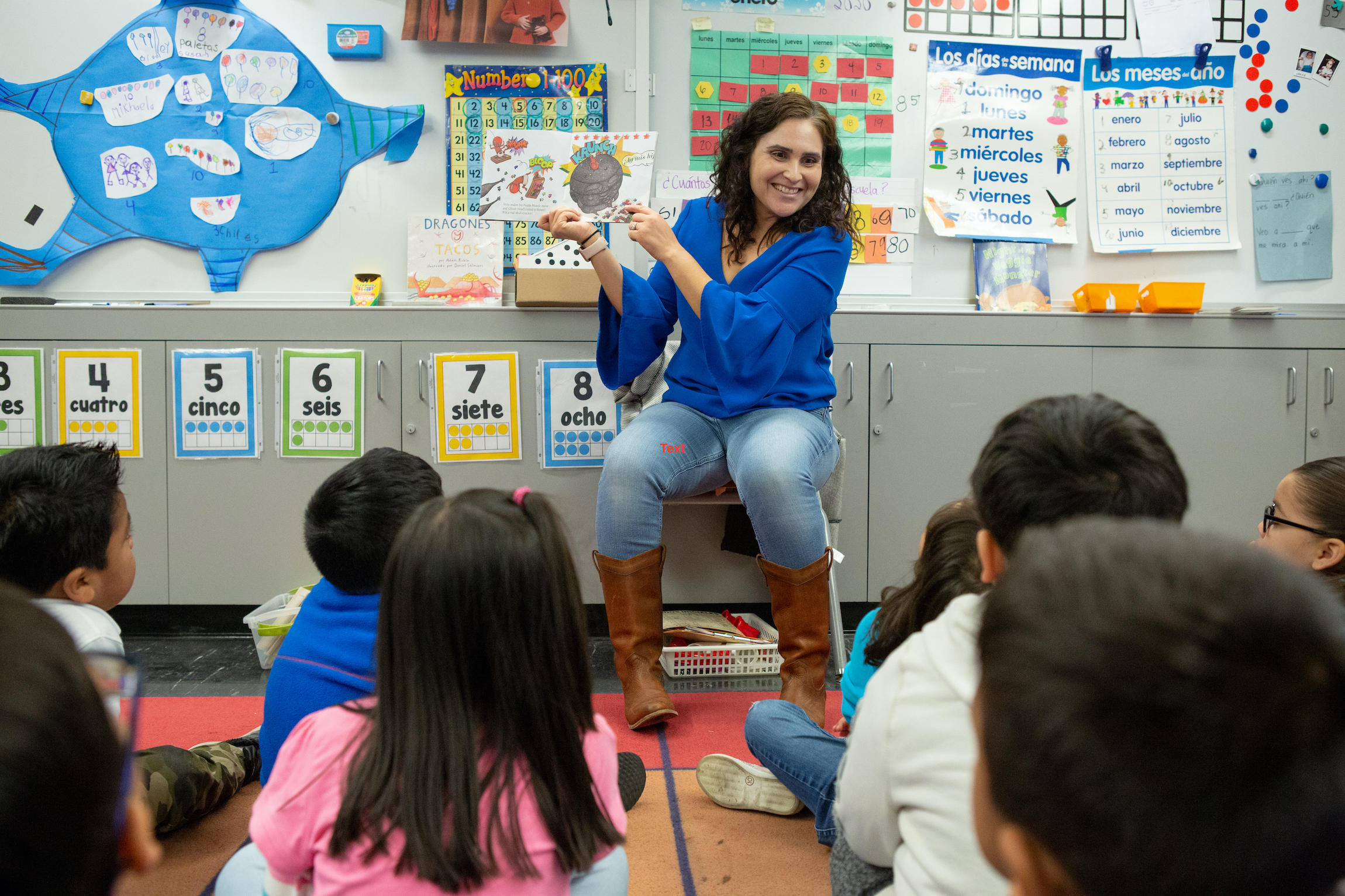 San Francisco was the first California city to start a Beacon program of its own in 1996. Oakland Unified started its community schools program in 2011 with the intent of becoming the first district in the nation in which every school is a community school.

Oakland Unified will receive $66 million to expand and supplement its community school network to 53 of the district’s 81 schools.

Los Angeles Unified launched an initiative in 2019 to convert 30 schools into community schools, with full-time coordinators and health services as part of its agreement with the teachers union to end a strike.

West Contra Costa Unified, which serves Richmond, El Cerrito, San Pablo and surrounding cities, started adopting the community schools model in 2007, and ramped up efforts around 2015. Now the district has 22 community schools of its 52 schools. It was awarded around $30 million through the Community Schools Partnership Program to continue its services.

The City of San Pablo, where several West Contra Costa schools are located, launched its own initiative in 2011 to turn its six schools into community schools. City officials in 2013 chose to build a new community center directly adjacent to the school.

In addition to the basic needs services, the existing community schools in West Contra Costa Unified host programs, adult classes and tutoring in the evenings and the weekends, said William McGee, the district’s director of the Office of African American Student Achievement.

For those in the process of becoming community schools, the top priority for the grant funds is to hire a school community coordinator. That person acts as the school’s liaison between organizations and state and county organizations.

Another rule of the grant is that schools must establish all four community school “pillars:” integrating services, including trauma-informed health services; expanding learning time; sharing decision-making among educators and administrators; and engaging families and the community.

The state board added additional commitments – a willingness to share power, the use of “restorative practices rather than punitive, exclusionary discipline,” and an appreciation of a community’s culture, heritage, and strengths.

Helms has a partnership with nonprofit counseling service Bay Area Community Resources to station full-time therapists, social workers and mentors on the campus, which staff refer to as a “care team.” They do mediations, home visits, and will go out looking for truant students, Synnott said. The school also makes someone from the care team available daily in case a student is in crisis.

Helms, along with the other West Contra Costa community schools, collects referrals from teachers and school staff who believe a child is in need of services, which go to the care team to coordinate a solution. Students and their parents can also submit referrals for themselves, McGee said, but its up to them if they want to accept the services they are offered. If a child is referred to the care team because they are acting out, McGee said the goal is to avoid having to suspend the student.

They’ll also look for trends to see if changes need to be made, Synnott said.

This year, the school had a high number of students who had anxiety returning to school, and who were grieving loved ones who recently died, she said, so the care team held support groups for students who shared experiences.

Since Helms had already been a community school for years prior to the pandemic, the school was well-equipped to serve families who fell on hard times, Synnott said.

The care team continued to meet and come up with plans for students who were struggling, and the school already had established partnerships with organizations and agencies. Families also trusted the teachers and school staff that they already knew, and felt comfortable reaching out for services, she said.

“A community school is the dream,” Petrilli said. “Because to work at schools like Helms, like so many others that serve high-needs populations, you already have an attitude that I have to do whatever it takes.”

Sun Jun 12 , 2022
Lockdowns could be at the rear of us but quite a few tiny company proprietors are anxious about the upcoming, with the price of fuel and electrical power top of mind. Self confidence has dropped to degrees final viewed in December 2020 in the depths of the pandemic, in accordance […]