This is a story about McDonald’s, the Russian invasion of Ukraine, Peppa Pig, and your business — especially if you have aspirations to do business overseas.

We’ll start with the Peppa Pig part. Perhaps you’re familiar? It’s a British cartoon that launched in 2004, and then grew to the point that its parent company was acquired by Hasbro for $4 billion in 2019.

It’s also a multi-layered intellectual property with with books, movies, theme parks, and video games. It’s so popular that parents of some American pre-schoolers say their kids pick up British slang and even accents from watching it.

With a property that valuable, it’s probably no surprise to learn that enterprising people around the world sometimes try to create knock-offs.

But what was a surprise — and alarming to a lot of trademark holders doing business in Russia — is that a court about 600 miles outside of Moscow held last month that due to “unfriendly actions of the United States of America and affiliated foreign countries,” the trademark for Peppa Pig was now basically unenforceable in Russia.

The ruling would mean that a Russian company could simply use the Peppa Pig character on anything it wanted to in Russia, and the decision came after the Russian government threatened to “suspend” trademark and patent rights

Now, there’s reason to be skeptical that the Peppa Pig ruling will stand, since as Josh Gerben, an intellectual property lawyer in Washington, DC pointed out in an interview, the judge who made the ruling sits in a low-ranking court, and the case will certainly be appealed.

But, he added: “It gives you another one of these tea leaves that trademark rights are under assault in Russia, for sure. How far is this going to go? … There’s some legitimate concern.”

The Peppa Pig infringement is severe, but a more noted example came almost immediately after McDonald’s announced last month that it was suspending its operations in Russia.

“They announced they are closing,” said Vyacheslav Volodin, who is the speaker of the lower house of parliament, known as the State Duma announced. “Well, okay, close. But tomorrow in those locations we should have not McDonald’s, but Uncle Vanya’s.”

Sure enough, a Moscow company almost immediately filed for a trademark for “Uncle Vanya,” which is the name of a 19th century play by Anton Chekov, along with a Cyrillic character-logo that sure looks a heck of a lot like the McDonald’s Golden Arches.

Now, the Uncle Vanya trademark application was apparently withdrawn after a few days (and a few hundred media articles). It’s also not clear that this actually was a chain or an aspiring chain of actual restaurants.

At least we know that even if McDonald’s is no longer operating in Russia, its attorneys still must be.

But, McDonald’s is only one of dozens or even hundreds of Western companies that have seen Russian companies, entrepreneurs, and squatters try to grab their trademarks since the invasion. Among the Western companies affected: Coca-Cola, Mercedes, Nike, Starbucks, and many other iconic brands.

Meanwhile, there is now so little Western journalism coming out of Russia, after Russia threatened journalists with prison if they do things like refer to the Russian invasion of Ukraine truthfully as “an invasion,” that it’s really hard to know what’s going on within the country.

But, combine the factors above — the frenzy of trademark applications, the Peppa Pig case, the Russian saber-rattling on intellectual property — and it’s all a chilling reminder of how important, and sometimes vulnerable, protection of your intellectual property can be in other countries.

I asked McDonald’s a couple of times for comment about squatters trying to seize its trademarks, and also about a separate report than 100 or more McDonald’s franchisees in Russia have simply refused to close, regardless of what McDonald’s in the United States wants them to do.

However, I haven’t heard back. Maybe they’re still as heartbroken as I was at first to realize that  among the McDonald’s in Russia that were closing was the original one in Moscow that was such a symbol of thawing post-Cold War tensions back in 1990.

Or else, maybe they’re busy dealing with the issue of trademark protection. If your business does business overseas, it’s probably something you’ll need to do more of, too.

Sun Apr 3 , 2022
Propane tanks in a taco van exploded right after the car or truck caught fire on southbound Freeway 101 together the Conejo Grade early Sunday, blocking the freeway for a time, the California Highway Patrol reported. No injuries ended up claimed. Here is a roundup of the latest incidents and […] 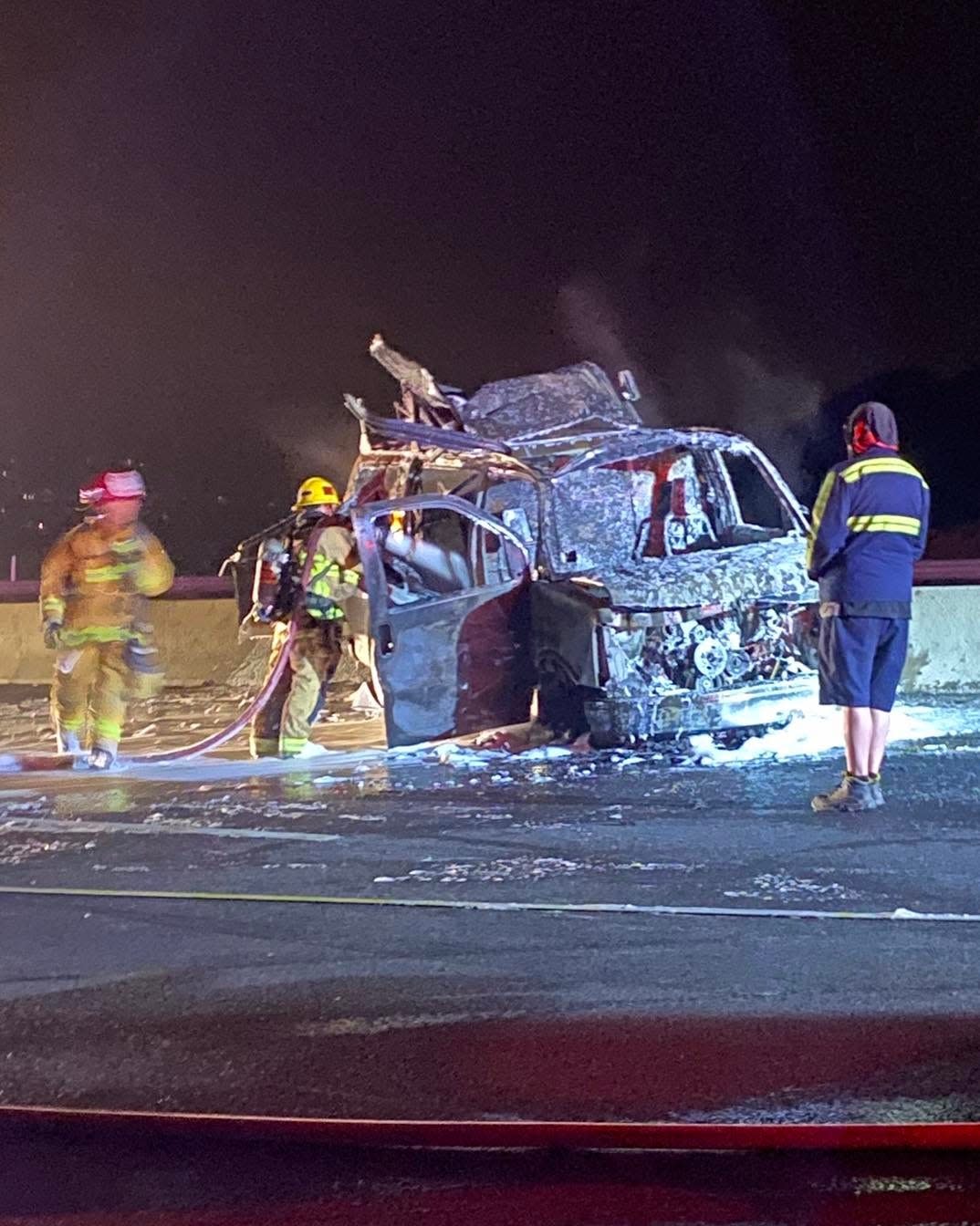