LOS ANGELES—The sure-fire way for a car to get on my bad side is to remind me that I’m getting old; 2021 Toyota Corolla Apex Edition, j’accuse!

The limited-run Corolla Apex Edition I tested, as its name implies (think corner apex), is the better-handling version of the Corolla sedan, and Toyota achieved the result the old-fashioned way: by making the suspension as stiff as a marble slab. The springs are lower and stiffer, the shocks have internal rebound springs, and the anti-roll bars are solid.

Yes, this improves the 2021 Toyota Corolla Apex Edition tester’s handling, but holy hell, does it stiffen the ride. The Corolla Apex Edition bumped and thumped and jiggled and joggled, pounding its way down the pavement while sending wakeup calls to the pain centers of every muscle in my aging back and shoulders. And that was just down the first three blocks between my apartment and the freeway.

I can’t remember a car that beat me up this badly since the last Mini Cooper JCW I drove. The 2021 Toyota Corolla Apex Edition isn’t as much of a test of handling limits as it is your threshold for bumps and shocks. It exhibits the sort of ride quality I normally associate with 35-inch rims, 20 degrees of negative camber, and chrome rocker panels that say SWEETNESS.

Halfway to the curvy roads, I began to wonder if I should just yank a spark plug wire and call AAA, and then call my boss: “I’m really sorry, but the car doesn’t run, so I just can’t drive it anymore.” Surely whatever flatbed truck AAA sent to the rescue would be more comfortable than this Corolla. Who signed off on this suspension calibration? The Marquis de Sade?

2021 Toyota Corolla Apex Edition Test: At Least It Shines in the Curves …

Finally, I found a road that put the 2021 Toyota Corolla Apex in its proper element, one that had lots of curves and freshly-poured asphalt. And I have to give Toyota its due: I was seriously impressed by the way this car went down the road.

Two years ago—before I’d driven the shockingly-good Corolla hatchback—I would never have guessed a Toyota Corolla could turn in such a good curvy-road performance. The Apex Edition gripped well, turned-in accurately, and kept its body motions in check. I even kind of liked the steering feel, which was light and accurate and loaded-up nicely as I turned the wheel further.

My test car had the CVT, and even that did a passable job as a transmission. I’m not one of those car guys who hates CVTs—actually, I kind of like them for day-to-day driving—but as performance transmissions, I find them hopeless. Now I’m re-assessing. I happen to like Toyota’s CVT, which features an actual low gear to provide a smarter move-off from the line. That’s worth noting but tangential to this conversation. It can also imitate a 10-speed stepped transmission, which is also not what I’m talking about.

No, what the CVT did best was to give up on all of this let’s-pretend-I’m-a-geared-transmission nonsense and let the 169-horsepower, 2.0-liter engine rev its little lungs out, for which the engine gets an A for effort. (It also gets a D for music appreciation, because the engine note is buzzy and coarse, and it played at way too high a volume.) If you must subject yourself to a Corolla Apex Edition, the six-speed manual is the way to go. But we can’t all drive a stick, and kudos to the CVT for not screwing up what parts of my drive were within shouting distance of being enjoyable.

To be fair to Toyota, the bumps didn’t do anything to disturb the Apex Edition’s path; it steadfastly refused to be thrown off of its line. Curvy-road abilities verified, I made a beeline for home, trying to think of which freeways had the fewest bumps.

The Corolla’s power is fine around town and on the curves, but on the highway it runs out of breath. A turbo would go a long way here, but you’d probably lose the stellar fuel economy. If the trip computer is to be believed, I averaged 30.5 mpg in what little, mostly-aggressive driving I did.

Yes, the 2021 Toyota Corolla Apex Edition I tested really frustrated me. The handling is great, just what you expect from a budget funster. The look—blacked-out trim with copper accents inside and out, black roof, lightweight wheels shod with no-cost-option performance tires—is great. Even the seats look cool. However, it’s a small shame the only exterior paint-color choices for this Corolla are black, white, and gray.

It’s the ride that’s the sole problem—even here in Los Angeles, where you can at least find smooth roads. I can’t imagine driving this car on the lunar-surface roads of New York or Detroit, or L.A. ‘s not-so-good stretches of tarmac. I know suspension tuning is a trade-off, and I don’t know if it’s possible to fix the 2021 Corolla Apex Edition’s ride without losing the terrific handling. I mean, I know it’s possible, because I’ve driven lots of cars that handle and ride better; maybe it’s just not possible for Toyota with this car at this price point.

In the interest of fairness, I waited a day for my back to settle down, then took another quick drive in the Corolla to a nearby curvy road. Nope, same conclusion: Great handling, terrible ride, could use more power. And I, meanwhile, could use more ibuprofen. The Toyota Corolla Apex Edition has a Sport button, but what it really needs is a Mercy button.

Now, I think it’s reasonable to ask if I’m being entirely fair to the 2021 Toyota Corolla Apex Edition. Is it really so unlivable, or am I just being an incorrigible old fart?

Well, the whole purpose of cars like this—small sedans or hatchbacks with better-handling suspensions—is to serve double-duty. They need to be good performers and good family sedans, because if you didn’t care about the latter you’d do the less-sensible thing and buy a Mini Cooper or a Hyundai Veloster N (or at least an R-Spec).

The Corolla Apex Edition is a good performer but not a good family sedan. Even if you can stand its rough ride—and I question whether you’ll still feel that way after two months of commuting in this penalty box—there’s a good chance your significant other, especially one who is achy and irritated with the frustrations of raising your young family, is going to lock onto those rock-hard springs as something to complain about. (Trust me, I’ve been there and done that. Our old pillow-soft Oldsmobile was better than marriage counseling.)

If I was still the boy I was 25 years ago, maybe I wouldn’t mind this Corolla’s setup. Then again, 25 years ago that boy probably wouldn’t have realized there are plenty of $25,000-$30,000 cars that are good fun to drive and don’t beat you up anywhere near as much. Now the boy is a man—well on his way to old man, I guess—and this man is content to leave the 2021 Toyota Corolla Apex Edition to the younger folks.

Now if you’ll excuse me, I have to go yell at some kids to get the hell off of my lawn.

Sat Oct 3 , 2020
Although the Porsche Taycan Turbo S and the Tesla Design 3 Functionality are very diverse motor vehicles, both equally electrical sedans are able of managing the needs of monitor driving. The Turbo S considerably exceeds the Product 3 Performance in phrases of cost, having said that, with the German-built tremendous-sedan […] 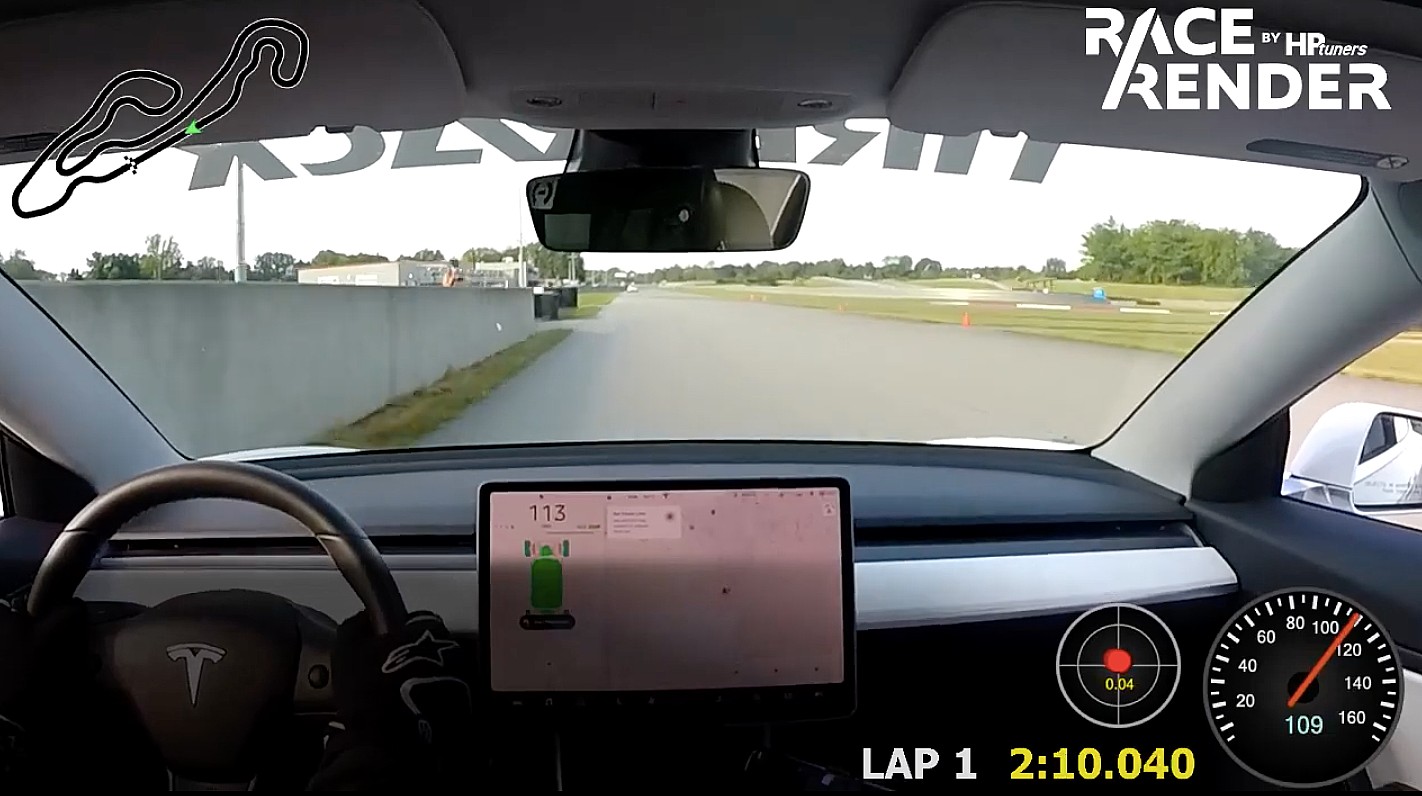